Polgarena said:
Welcome, loyal fans, to the place where you can discuss all One Piece chapters.
This is a general topic, where you can post your opinions on current (and future) chapters of One Piece.


I've come to this idea, mainly because all other, singular OP themes end up being dead and they don't have many replays. This way, with this, one, general thread, with no need for other singular threads to be opened, it would not only be more economic, but also more productive.

Be sure to follow all of ["Forum Rules and Regulations"], and enjoy talking about the magnificent world Eiichiro Oda created.

Also, I'd like to ask you to clearly note (underline, bold) what chapter you are talking about, if you're not talking about the current one.

If you have any questions about how this thread should work, ask me via Visitor message function. ​
Click to expand...

Thanks for the second version, Gohara!

I'll quote posts about the latest chapter (803) for discussion purposes:


Seirei55 said:
One Piece is out on MP
Click to expand...

~ I love the ship Usopp designed for Franky on the title page.

~ It was good to see the smiling lion on Thousand Sunny again. Now that Franky has mentioned that it has no obvious damages, I do wonder if Oda will show us how did Sanji’s group escape Big Mom’s ship in a flashback once they meet.

~ The chapter had its funny moments as well, like Usopp “you go on without me then” that never gets old, or Bartolomeo breaking the 4th wall, saying that he overstayed his welcome. But, the biggest joke in the chapter was the fact that Robin thinks how the Rising Dragon is cute. She’d be great friends with Rukia.

~ We got to see some old faces again. Dragon’s appearance was perfect, from the moment he praised Koala to his announcement about leaders of the Revolutionary Army. In one panel, Sabo was seen training around his comrades, which was one of my favourite moments in the chapter. Just like the seventh Shichibukai clashes against what’s left of Whitebeard Pirates on one end of the world, Oda teased us about the upcoming war between Blackbeard’s crew and Revolutionaries. I would have preferred if that scene was second to the last this time, meaning – it would have felt better if it happened after Buggy’s reintroduction. The Clown is probably one of the rare traditional pirates in this manga, with an interesting charisma, so it’s always a delight to see him around. I forgot that Hajrudin was linked to him...

~ Back on Zou, we find out that Kanjuro’s and Kinnemon’s comrade is a ninja, which prompted a hilarious reaction of Luffy’s crew. It is interesting how they managed to find the trouble this fast.

It was a set-up chapter, but a lot of things still happened. The world of One Piece is enormous, so it is always good to see how things develop in its various parts. It was good seeing a lot of old faces, as well as exciting foreshadowing of things to come. The characterization of everybody was great, and I look forward for the next chapter.
Click to expand...

Exacta said:
Hmmmm I think this chapter is really overrated based on the reaction I've seen it get elsewhere. The whole Dragon/BB thing is just hype. In all seriousness it is a total possibility that Oda off-screens the whole thing if it does happen. Oda has been doing that A LOT lately. So I'm not excited for that at all yet, not even a little.

I'm also really annoyed there's another samurai character. I really did not enjoy watching Kine'mon run around and scream "KANJUROOO" pointlessly for the better half of 100 chapters. I hope Oda finds a better way to implement that into Zou's arc. In general, I just want Oda to get to the point with these guys. It's weird having them around and barely do anything.

Man I'm going to miss Bartolomeo. I hope the SH finally get a new member soon.
Click to expand...

The chapter is short by One Piece standards, but most of what does happen is good. The Bartolomeo, Buggy, Kanjurou, and Ninja scenes are hilarious. When I read the spoilers yesterday while being tired and getting ready to go to bed for the day, I accidentally overlooked that Kanjurou drew the dragon, so when I saw that they were riding a dragon I thought that it was Momonosuke at first which confused me because I didn't think he was big enough for them to do that. I'm actually loving that Kanjurou is travelling with the Straw Hat Pirates, because his drawings are hilarious and therefore add even more funny scenes surrounding the Straw Hat Pirates. The scenes with the Blackbeard Pirates and Revolutionaries are awesome. It's always great seeing Dragon, and it's awesome seeing Shiryu and Laffitte again as well. I'm excited to see Raizou.

Equilibrium said:
Bet you that the thing coming towards them is Kaidou commiting suicide again.
Click to expand...

Exacta said:
Yeah I like Kanjuro. He is funny and fits in very well with the Straw Hats. I just hope the samurais do something this arc other than search for another lost friend. Their story and hesitation to explain their situation really makes me wonder just what is going on in Wano right now.
Click to expand...

As soon as I read those parts of the chapter I knew the confrontation will be off-panelled. We might get to see the outcome and the reaction of various big players around the world via newspaper, but I don't expect Oda to show what these two armies are fully made of just yet.

That would be extremely funny.

I searched about things related to Zou again, and I ended up finding pictures of a lot of islands that look like elephants, because the water around them shaped them that way. 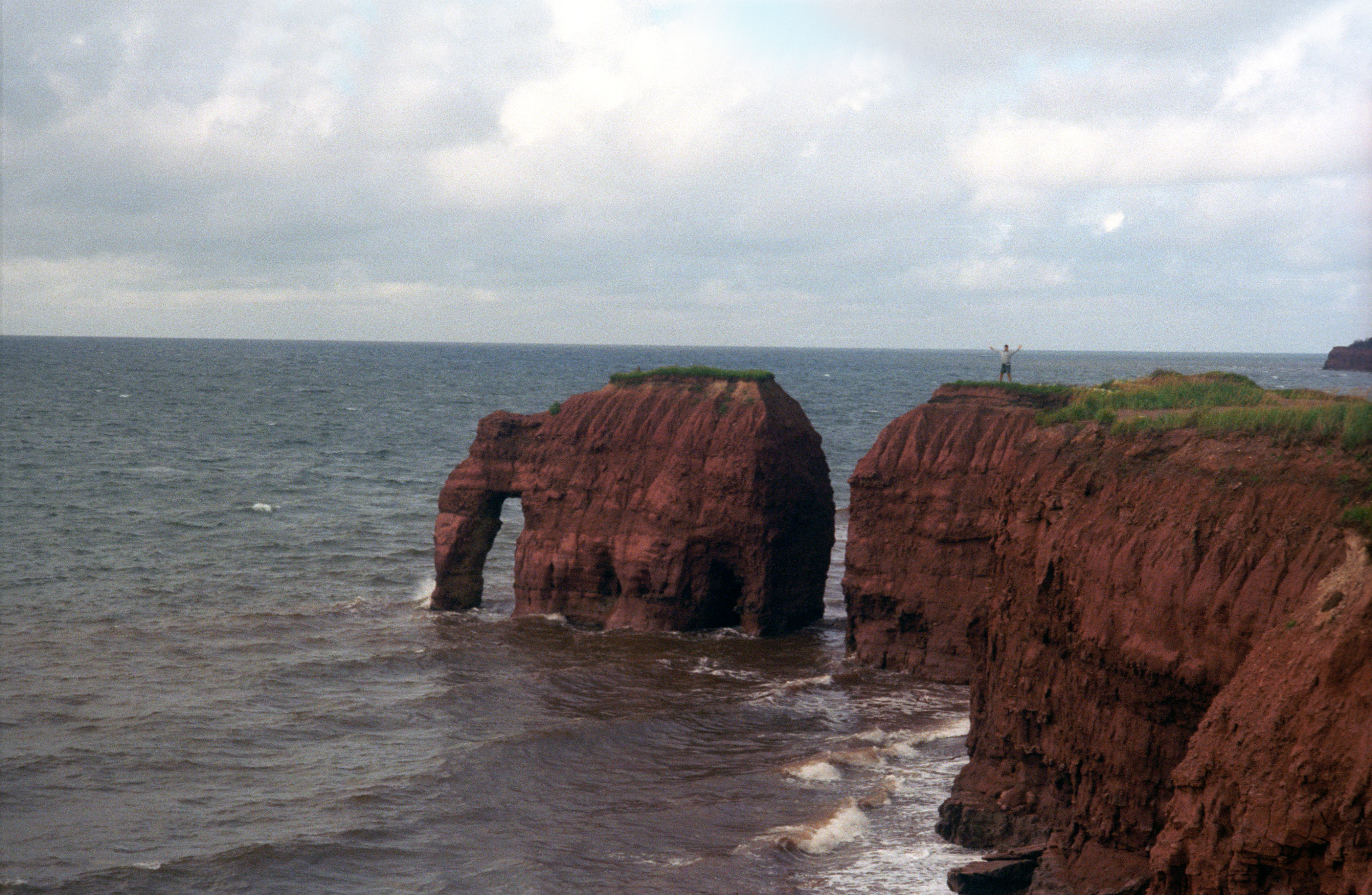 One of the islands of Hawaii (I'm not sure which one It's interesting that somebody suggested that Zou looks like an elephant in January 2014 on one of Mangafox's forums:


[video=youtube;2_df73vNSUk]http://www.youtube.com/watch?v=2_df73vNSUk[/video]
Maybe the island's shaped like an elephant skull or something lol two protruding tusk like moutains..

Now I am interested in what this island actually looks like. Certain places have names that kind of describe the location. Dressrosa is based of of Spain and Barcelona..and has bunch of plant life/flowers..The name fits the location. I would think Zou is defined as an elephant for a reason..perhaps the cover page on CH 569 is a hint.
Click to expand...

I put the links for the video and the image in tags for convenience sake.
Click to expand...

I really liked, how in last couple of chapters we saw numeros different characters from around the world.

One Piece is out on MP

I liked the chapter. Tough I dont think that was Nami, maby she stole her clothes?

Shinji til' the very end

One Piece is out on MS. I ended up translating it this week because Vox was feeling unwell, so if anyone has questions about the translation feel free to fire away - though I think it's a pretty straightforward chapter.

Chapter 804 “An Adventure on the Back of an Elephant”

Thank you Seirei55! I might read the chapter on MS tomorrow, Patapon.

~ Ryuunosuke is one poor, but very brave cartoon dragon!

So much that I would vote for him in the next character popularity poll. Damn you, Zoro and Law, spoiling all the feeeelzzz from the scene where it went back to a regular drawing. Oh, it took me half of the chapter to understand the background of its name (ryuu meaning dragon). And, while I’m at it – it looks like Zou has a tattoo now.

~ The Flying Monkey can’t be the ninja they were talking about. He (or she, as we don’t know what’s going on exactly) is probably a guard at the city gates we saw later in the chapter. I wonder when will we see Kanjuro again and if there’s a chance that they won’t participate in this arc at all (waiting for the crew at Sunny instead).

~ Luffy’s jump reminded me of Goofy (maybe it’s because of MP’s translation).

~ I’m glad that Luffy called Usopp the first when he saw how cool the new city is. It really is cool, because its design suggests that it belongs to an old civilization. Considering that Dressrosa had parallels to Alabasta, I would assume that Zou will have parallels to Skypiea. The city was beautiful from the distance, so it surely is a surprise that it’s in ruins when you take a closer look.

~ Yeah, I totally understand Usopp: “... Couldn’t we at least for once go somewhere peaceful...”

~ The Mink tribe consists of anthropomorphous animals, or something like that. And, the first theory that I can think of is that the lady at the end of the chapter is Nami, but turned into an animal, with her memories either deleted or manipulated.

That would be repetitive after Dressroza.

This was a good chapter (somewhere between 3/5 and 4/5). Even though it wasn’t spectacular, it had very interesting elements and mysteries, so I like it.

Hmm... Luffy could've just stretched his hands to catch falling Kinemon and Kanjuro. That's the only thing I could think of while reading the chapter this week.

Bepo is probably a Mink. With talking animals, this arc is tailor made for Chopper to shine. It would be awesome to see him hit it off with a female deer.

hasanalshaikh767 said:
Hmm... Luffy could've just stretched his hands to catch falling Kinemon and Kanjuro. That's the only thing I could think of while reading the chapter this week.
Click to expand...

Er, maybe because he was too busy dodging and assumed everyone else was going to do the same? He'd have saved them if he knew they weren't going to dodge. Plus, it almost seems as if those two wanted to get hit by the monkey. They're probably going to interrogate it after hearing it imitate Raizou.

As for the rest of the chapter, the Ryuunosuke stuff was priceless. I died at this panel: Also. this panel showing off the country is stunning. What catches my eye is that gigantic whale acting as a trunk for a tree. Rather strange for branches and leaves to come out of...

The Minka tribe is really intriguing. I wonder if what Carrot used to dodge Zoro's attack is some devil fruit ability, or it's just a technique known only to the tribe. Their history will also be an intriguing one. Though, with so little still known, it's hard to have expectations for this arc. But seeing as they are on the back of a 1,000-year old elephant, we are bound to find out something pretty important.

The chapter is short by One Piece standards. Taking several pages to show us the Straw Hat Pirates climbing up the mountain is unnecessary. That being said the chapter is full of some great adventure. I hope the Monkey isn't Raizou as that would be somewhat disappointing, although an Oda like thing to do to make a Monkey a ninja. Plus it would make sense if some Monkeys were able to fight given the Monkey in the Red Hair Pirates Crew and the Monkeys on Kuraigana Island.

I'm not a big fan of the Minkmens' character designs so far, but I am interested in their culture as well as the war they are seemingly involved in.