A: The offer from Sega came around September 2016, shortly after the serialization of “BLEACH” was over. At that time, I was tired due to serial fatigue and was in a state where I could not start working immediately. So, I tried to refuse, but I received a reply from Mr. Sega, "Wait until your body is cured!"

Poor Kubo wasn't in a state to continue his work anymore

Hey, thanks for that information, Urahara!

The 2nd one is interesting because it shows how Kubo looks these days and shares his character design sheets. Kudos to Sega on their professionalism and patience!

Thank you very much for sharing, - Urahara - and Polgarena!

Tite Kubo looks healthy and his outfit made me smile. He has a great fashion sense. It is not only reflected in the colourful and interesting character designs but also what he is wearing. I like it a lot!

I am glad that Sega was willing to wait until Kubo is well enough to work again. They obviously value his talent and know what asset he will be - and is - for their company. Tite Kubo is creating again and that makes me happy.

Kubo's clothing choices made me smile as well. If I remember correctly (from a documentary), colourful shirts are quite a fashion item in Japan - more than it is in other countries/regions. A lot of thought is put in designing the patterns on the fabric. Kubo's combination (a T-shirt with Jerry from "Tom & Jerry and that colouful shirt) look so natural on him. Or, if perhaps I haven't worded it good enough - I wasn't surprised by his style at all.

Anyway, the fact that the game developers waited for Kubo to get better is a sign of great professionalism and that true skills are always recognized.

Tom2rules said:
Should I even ask? I've heard some stuff, like how it focused on the series rankings, cut to a video with trash...and something weird about a turtle or something of the like...

Actually, I may not want to know...
Click to expand...

Yeah i wonder the same as well. Its hard to say for sure at least for me but i feel if i had to guess the series rankings would have had some sort of bearings.

Kubo's most recent interview has been summarized on Reddit: https://old.reddit.com/r/bleach/comments/jur3j0/new_kubo_interview_full_summary/

Arturo-Plateado said:
An interview with Kubo and Tatsuro Kawano (Burn The Witch movie director) was recently released on natalie.mu. Below is a summary of all the new info that was revealed and anything else I found interesting.
POTENTIAL SPOILER WARNING: This interview does cover some things which may be covered in the Burn The Witch manga in the future.

The final part of the interview was already translated by @WSJ_Manga on Twitter:
Kubo: About Season 2... My editor told me they wanted to put the S2 announcement at the end of the final chapter of Season 1, so I told them I'd draw some sketches for that, like the ones that appear on those pages. The "Coming Soon" was written without my permission, haha.
Editor: I showed it to Kubo-sensei before the magazine was out at stores, hahaha.
Kubo: I saw it! And I thought that "it's not going to be coming soon"!
Kawano: When I saw that, I thought that Kubo-sensei was pretty motivated.
Kubo: There were a lot of people on Twitter commenting that they "were sure I'd start drawing Season 2 soon". I ended up thinking that "I'd actually have to start drawing 'soon', it seems". But it will probably not be "soon", so I'll be happy if readers can patiently wait, haha.
Click to expand...

The original can be found here: 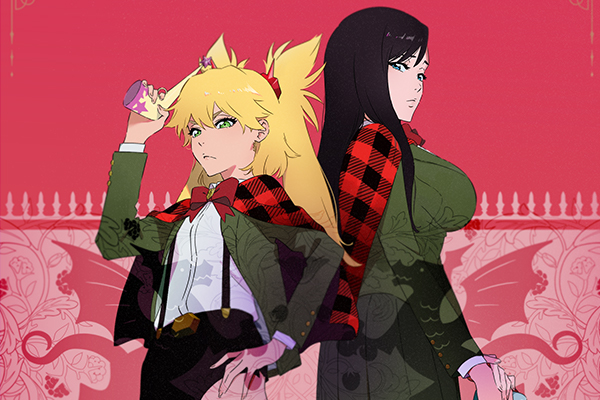