Another two weeks, another chapter. Mostly a breather after the conclusion of the battle with the Dragon Eaters as well as a set up for the next big set piece.


Looking forward to how the battle against a Dragon God goes. They've already got the hype since the very beginning of this arc but Natsu's observation of the true form of one eclipsing even Igneel just drives it home even further. Definitely glad to see the two storylines coming together now, as well as the bit with the friendly Touka looking for Wendy's help. Hopefully all can end well for her as well as the Water Dragon God but only time will tell.
Also, that title page with Levy and Gajeel was quite nice and amusing.

I am on chapter 19 and it was a great chapter


Team Natsu seemed to be having trouble with the water dragon and nothing is working. Suddenly, a dragon's hand grabbed Natsu as he was about to be sucked up into a vortex or some type, leaving Lucy devastated. But who is this dragon that refuses to let the water dragon have him? 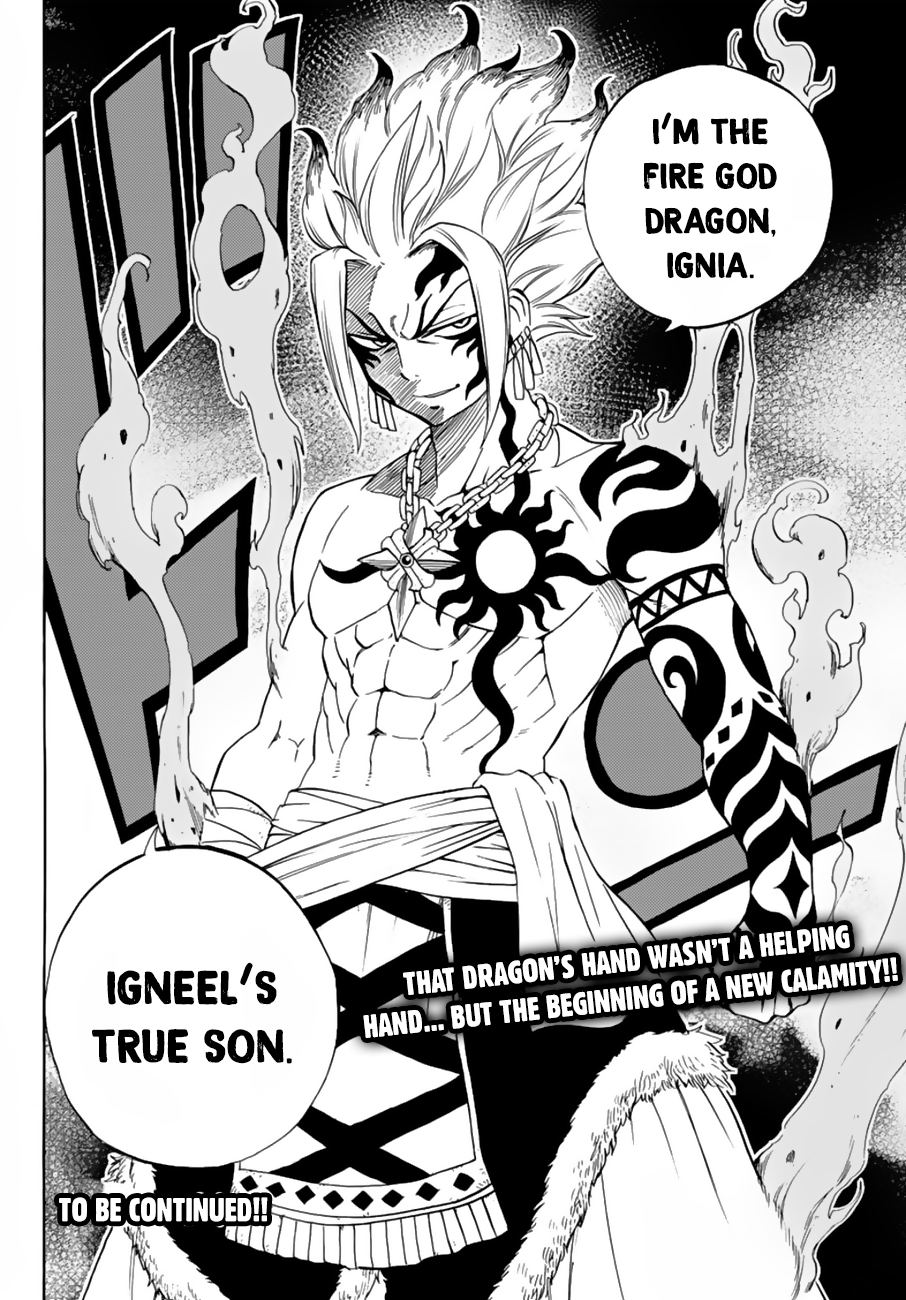 I regret clicking on that spoiler, but it did remind me that there's a new chapter, hehehe. FT 100 Year Quest is still somewhat interesting, mainly because it ties up some loose ends, the existence of Pentadrakes is interesting and there are still interesting character interactions. Although, I've to admit that the spoiler character's design reminded me of Senku from Dr Stone. His intentions are a bit cliche and his existence does put a question over one important character from the main series, but oh well... Lets see how it all turns out.

Haven't posted here in a while, thought I would provide an update on what's going on in the FT universe!

This is from memory:


1. They found another dragon that is quite huge; and I believe they are still currently on him (could be wrong)
2. The White Mage has infected the FT guild and now it's FT guild versus the strongest team
3. Juvia seemed to have the spell unlifted from her...it's hard to determine if Jellal is under the spell or not
4. The FT guild all have new forms
Other FT news that you might be made aware of:


FT, Heroes (a new series [OVA]), and Rave Master is a short series. FT 100 year quest will have two consecutive chapters during this special Launch of Heroes. Next week should be the last weekly chapter. Hiro seems to have some exciting upcoming news...I will keep you posted will I find out the legitimacy of it.


In my opinion one of the far better chapters of the new saga. Natsu's soul is devoured by a soul eating dragon and he goes to this place that resembles heaven. However, it's neither death nor living according to Zeref. Beta Heaven is what a person holds in their heart. It is quite awesome to see that Natsu holds Zeref and Mavis along with Lucy's kin in his heart; along with others. According to Natsu's Beta Heaven, Zeref and Mavis are married and have two children: August and Larcade; and Igneel.

We always see Natsu eagerly and willingly wanting to fight his brother, but not here; even though Natsu is a bit confused and abrupt. However, at the end we see Natsu calling Zeref his big brother. That was a touching panel.

We are now on chapter 51 of the 100 year quest and one surprising thing that has recently happened is that Irene lives in Wendy!

It’s been a while since I’ve posted in this thread so here’s what’s happening so far in the 100 Year Quest:


Basically, they have defeated two of the Dragon Gods: Mercohobia and Aldaron. The White Mage was forced to release her grip on Fairy Tail and of course, the rest of the gang is now included in the Quest.
The White Mage was using Touka to save her home world, which caused her to send the main crew back to Endolas. We are met there with Endolas Lucy and Natsu married with a child, Nashi; and Gray and Juvia married with a child named, Greigo.
You must log in or register to reply here.
Share:
Facebook Twitter Reddit Pinterest Tumblr WhatsApp Email Link
Top