The only way to read the translation of "Bleach to Boku" Even not having "new content" shows how passion a japanese fan and mangaka can be for a series that inspired him
Last edited: Aug 9, 2018

Question 51 asks: "The West Branch appeared in Burn The Witch but what about North and South Branches, what's the world like?"

Didn't bother looking at the answer since it goes on for the entire page.
Click to expand...

Scheneizel translated the 51st question and answer from Kubo's Jet interview. It's about Burn the Witch: https://old.reddit.com/r/bleach/comments/b5qd5f/jet_artbook_question_51_regarding_burn_the_witch/

Q. 51) BURN THE WITCH was set in the Western Branch, but what kind of world is the Northern and Southern Branch?

Kubo: Initially, BURN THE WITCH was a manga I drew only to imply 'there's also a west'. I mainly drew it to amplify the imagination of the readers.

Interviewer: Was the idea for BURN THE WITCH thought of during the run of BLEACH?

Kubo: Yes, that's right. The Eastern Branch was mentioned only once in BLEACH. At that time, I did think of the settings of a Western Branch, but then I thought that the main story of BLEACH would not progress if I drew both east and west. That worried me.

Nakano-san, the current editor-in-chief, came to ask me if I wanted a continuation of BLEACH for the one-shot or a completely different work. He said 'If you want, you can even draw both'. (Laughs). So I said, 'I'm going to draw something new, but it will still be BLEACH'.

The last page of the manga was coloured to read as BLEACH and many people didn't notice it at first glance. I thought that it would be better to scratch the letter 'W' so that 'BLEACH' could somehow be incorporated into the title BURN THE WITCH. It felt good to design it that way, so I built it into the story.

Interviewer: The designs were cute and so were the accessories. I loved them.

Kubo: Originally, it was a trumpet rather than a gun. I thought it would be nice to talk about rearing and breeding Dragons.

(t/n: in the manga, Noel was from the Pipers Division which had an Aries motif to it; hence this talk about 'shepherds')

Kubo: That's why I thought of a trumpet. But if you turn it over, it becomes a gun. That's the shape it finally took.

Interviewer: Isn't the title from a Radiohead song?

Kubo: Yes. However, the content of the story has nothing to do with the song. I just liked the music, that's all.

Interviewer: There are similarities between Hollows and the Dragons, aren't there?

Kubo: Yes, most certainly. But then I thought I would add in something that was different from the Hollows. So I provided a separate feature; the horns. I drew the scenes hoping it would have a game-like atmosphere, like that in 'Monster Hunter' and 'Dragon Quest'. They were fun to draw because this was the kind of thing I never got to do in the main story of BLEACH.

Interviewer: I felt that you emphasized more on the fun aspects of this new world rather than on the battle.

Kubo: Yes, I wanted to minimize on the battle scenes. I didn't know if it would work out, but it turned out to be a lot more fun than I had expected.

Interviewer: This was because the settings were something that you could not place within the flow of the main story of BLEACH.

Kubo: In fact, I thought of the first monologue right away before deciding on a character to appear. It was 'I like uniforms'. It might have sounded like a stupid and lascivicious line, but there was a different reason behind it. I wanted it to give off an impression of having a different set of values. Noel was conceived as a good girl with a strong sense of values. With this in mind, I drew the images of her on the first and second pages. Though after that, things became a little too dangerous (laughs).

Interviewer: You said earlier that 'what if we look at the incident from the culprit's point of view, then will things look different?' It's something like that, right?

(t/n: they're talking about an earlier question in which Kubo was asked about his views on right and wrong that he wrote in BLEACH)

Kubo: Yes. What if things looked different if considered from a different angle?

Interviewer: Immediately after reading a few pages, I thought to myself: 'Yes, Kubo-sensei is back!' I was delighted and impressed.

Kubo: I thought it would be a good idea to use these various ways of thinking in my work. It's a feeling I wanted to convey to the readers. Just like the lyrics of music. And like the story of Shakespeare's poem (the Phoenix and the Turtle)

"So they lov'd, as love in twain

Had the essence but in one;

Number there in love was slain.

Hearts remote, yet not asunder"

This is very informative and puts all the subtle and not so subtle hints towards connections between Bleach and Burn the Witch in the right perspective. Thank you very much, Selynx and scheneizel!

I have just found this announcement in Google: 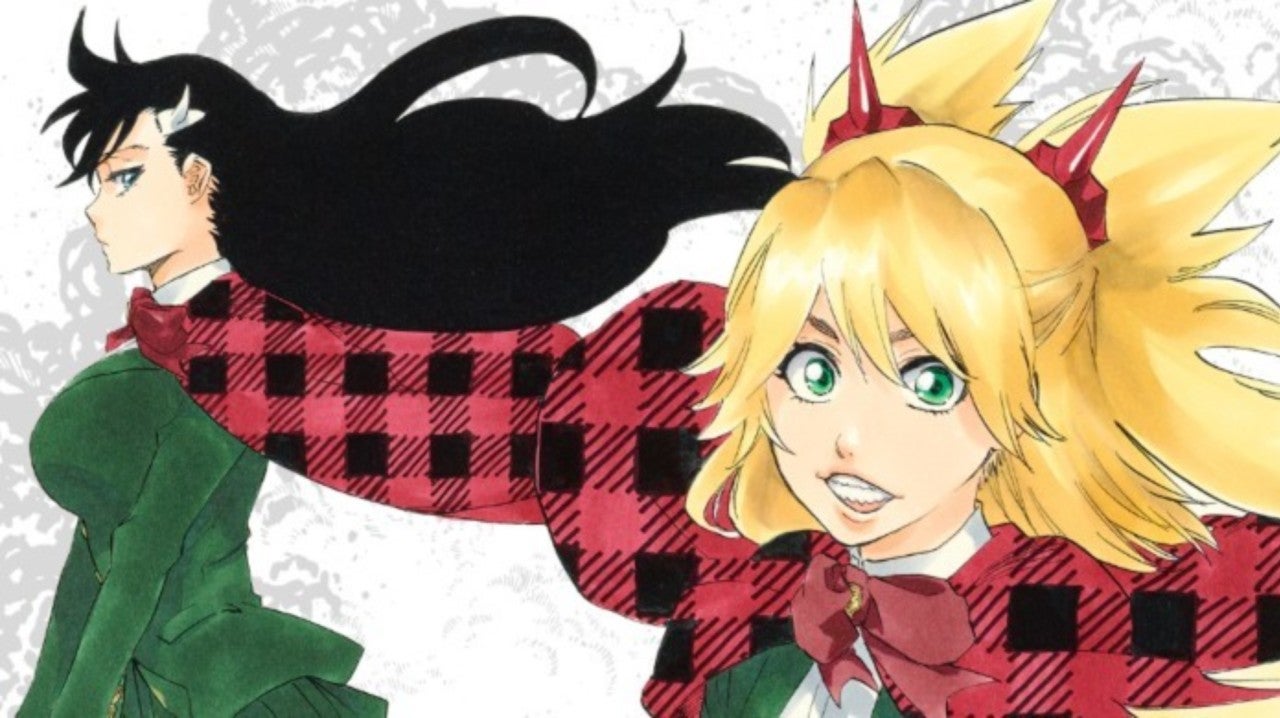 Burn the Witch Manga Will Be Published in the U.S.

Fans of Tite Kubo's work are already have a big year as a special presentation celebrating [...]