General Rules -
Just use common sense. All the established BA rules apply here (so no racial, homophobic, discriminatory, pornographic, threatening - outside of RP fights - posts, etc. This will land you in the Great Prison, Muken (AKA "The Corner"). Also, just be considerate to one another, and while it is respected, personal worries are advised to be kept personal.

Shinigami Academy -
-Please click the link above. ^
-When joining the Neo-Gotei 13, new members are required to attend the Shinigami Academy.
-They will remain there for one week.
-The list of students, together with their dates of joining and (future) graduation, is published on Shinigami Academy page on the Wiki.
-After graduating, the member can request to be added to the Division of their choice.

Division, Unseated:
-The member remains unseated for approximately one week.
-During that time, they must create their Character profile page on the Wiki. Their Bleach Asylum username should be the title of the page. (If you need help with the page template, please ask in this thread.)

Division, Seated:
-In order to obtain a Seat, a member must have at least one week of activity as an Unseated member.
-Their Character profile page on the Wiki must include the Character's Name, Division, and Zanpakuto Name. A basic appearance description is appreciated.
-They must engage in one training duel with a seated member of their choice or, preferably, complete one Division-related task (such as cooking in the 9th Division).
-The Captain of the Division has the right to decline any promotions.
-Once these requirements have been met, the member is allowed to request any Seat, started from 3rd.

Division Captain:
-A Captain may veto a member's application to become a Seated Officer.
-A Captain is permitted to choose their own Vice-Captain.
-A Captain can promote/demote an active member within the ranked section of their Division, as long as they provide acceptable justification.
-The Shinigami applying to become Captain must be a Seated member.
-They must have at least one month of successive contribution to the Gotei.
-They must receive recommendations from three existing Captains.
-They must receive the approval of the Captain-Commander (unless this person is inactive).
-They must receive the approval of the Soul King.
-They are permitted to duel an existing Captain of their choice. It is up to the Captain they've selected, the Captain-Commander, and if need be, the Soul King, to decide whether they may become a Captain. You do NOT need to win this battle, but rather prove that you have the potential and skill to be a Captain.

Division Changes:
Seated and Unseated members are allowed to change Divisions, to their appropriate rank, but no more than once per month. Captains can decline new members wishing to join their Divisions, or give them a simple Division-related test before permitting them entrance. Vice-Captains are selected from any Seated Shinigami of any Division. They can also be selected by Vice-Captains or Captains, provided their superior agrees (Captain for a Vice-Captain, and Captain-Commander for a Captain).

Hiatus:
If a member had announced earlier that they are going on hiatus, they will not be moved to the Missing Persons list until three months after the deadline they provided. Hiatus should not last longer than one year. The member may choose one of two options - 1.) They may be moved to the Central 46, if there are spots open OR 2.) They will become Seated or Unseated in their Division. They cannot keep their Captain or Vice-Captain status while on hiatus (unless they are gone less than three months).

Notifications:
The inactive member should be informed at least one month before their impending demotion or moving them to the Missing Persons list. They should be informed via PM at BA (or VM if their inbox is full). The message can be sent via other sites (if there are links provided in that member's profile), but not outside of a PM.

Dueling Rules:
-No God-Moding!
-Battles should preferably be friendly spars. Any serious battles should be approved first (such as fighting for a specific Rank or Title).
-Gory details should be kept to a minimum. No Mortal-Kombat level fatalities.
-And the final rules - Have Fun!

Shinigami Academy Students -
-none at present

Holy shit! It took over 3 years but FINALLY the old thread is done.

Welp, instead of starting KH3, I tried playing Stardew Valley for the first time ever, and now I can't pull myself away from it, I love it so much. Goodbye, rest of my life~ I never knew you.

You want me to tip WHAT?

Soulie said:
Holy shit! It took over 3 years but FINALLY the old thread is done.

Isaac Vladimir said:
Welp, instead of starting KH3, I tried playing Stardew Valley for the first time ever, and now I can't pull myself away from it, I love it so much. Goodbye, rest of my life~ I never knew you.
Click to expand...

I started playing Stardew Valley and I called my Dog after my dog In RL then had to get my dog out to sleep due to a tumour and now I cant play it anymore.

Soulie said:
I started playing Stardew Valley and I called my Dog after my dog In RL then had to get my dog out to sleep due to a tumour and now I cant play it anymore.

I'm really sorry to hear that. But, perhaps playing with the dog in Stardew Valley would actually be a sweet way to honor your dog who passed away? Keep their memory and spirit alive. Or, if that's too painful, you could start a new game of Stardew Valley with a different pet. It's a good game for soothing depression, after all.

You want me to tip WHAT? 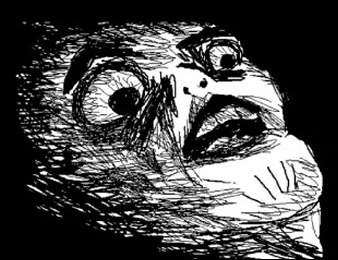 MFW these past few chapters of Komi-san...