I decided to preemptively start up this topic to inform everyone on BA.

This new series will debut globally on June 26th.

Judgement of the Dead

So...are we sure that this isn't a secret sequel to Fairy Tail and Natsu didn't jusy dye his hair black or something?

I'm joking of course but dang, several characters looklike they jumped ship right from Fairy Tail, and its not just due to the author's style (or characters like Plue or Happy that are basically his mascots). I mean, who I assume is the main character looks like Natsu with Black hair, the woman with red hair looks like Erza with a coat...and I swear, the guy with the mask to the left is really familiar for some reason.

Still, new manga, and despite my rather meh opinion on Fairy Tale, this could be interesting.

Thanks for letting us know, Toriko! And yes, the MC does look like Natsu (with a bit of Gray and Gajeel mixed in) like you said, Tom2rules. A FT lookalike can be found for the majority of characters revealed so far. It's interesting that the title isn't final. I thought Fairy Tail was very interesting in the beginning, but later down the road (especially in the final arc) it lost some of its charm. Nonetheless, Mashima's work ethics and enthusiasm deserves respect. Edit: Like others said in posts below this one, FT had a very interesting setting. A fantasy world filled with magic was just fun to read about regardless of what one thinks about the ending.
Last edited: May 31, 2018

Thanks for sharing this image. I see that Happy and Plue are back, and yes, the main character resembles a darker Natsu (though in my opinion, is still different enough to be fully unique). This looks quite interesting based on the character designs and shows quite a lot of promise. I would be very curious to see more.

I can see lUcy, Natsu+gray= soN, Laxus, erza, wendy, happy and other mascot. This have to be fairy tail sequel and not a new series LMAO

Mashima basically does that when writing Rave Master and then also creating Fairy Tail however I am excited for that series as Fairy Tail's setting appeals to me a lot. 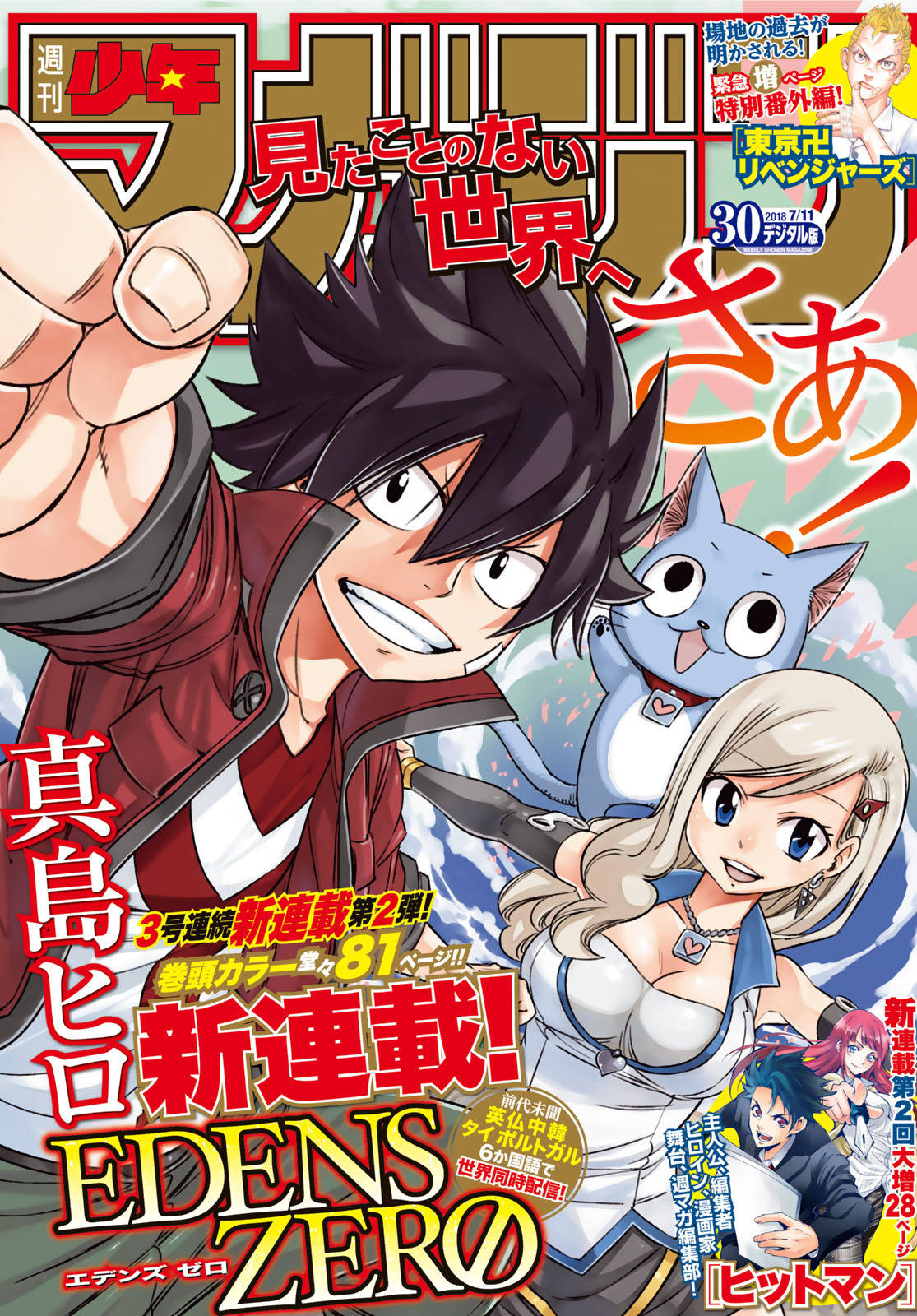 Thank you Toriko for making this thread. I am very interested in seeing how this might or might not be related to FT. I was shocked to see Happy or what looked liked Happy on the cover.

Well, if this is a new FT or Eden's Zero crossover I will move this to the FT section. However here's a link to the spoilers